Barcelona was bursting at the seams in the middle of the 19th century. The city became increasingly prosperous and therefore also more crowded. Barcelona, ​​like other European cities, was in need of expansion. The Eixample district, literally expansion in Catalan, was the answer to this, led by Ildefons Cerdà. A modern plan was needed to give both the well-to-do bourgeoisie and the workers a place in the city as functional and pleasant as possible. A block pattern was designed with the so-called manzanas, apples, because of the shape. The sloping sides were designed for the traffic safety of the trams. In Cerdà’s utopian socialist plans there was a lot of space for greenery between the blocks and inside the block. People would know their neighbors and could retreat within their walls to an oasis of peace in the middle of the city. Unfortunately, little of these plans remains today. The idyllic courtyards became parking garages, schools, public swimming pools while the traffic on the outside of the block rushes past you on all sides. 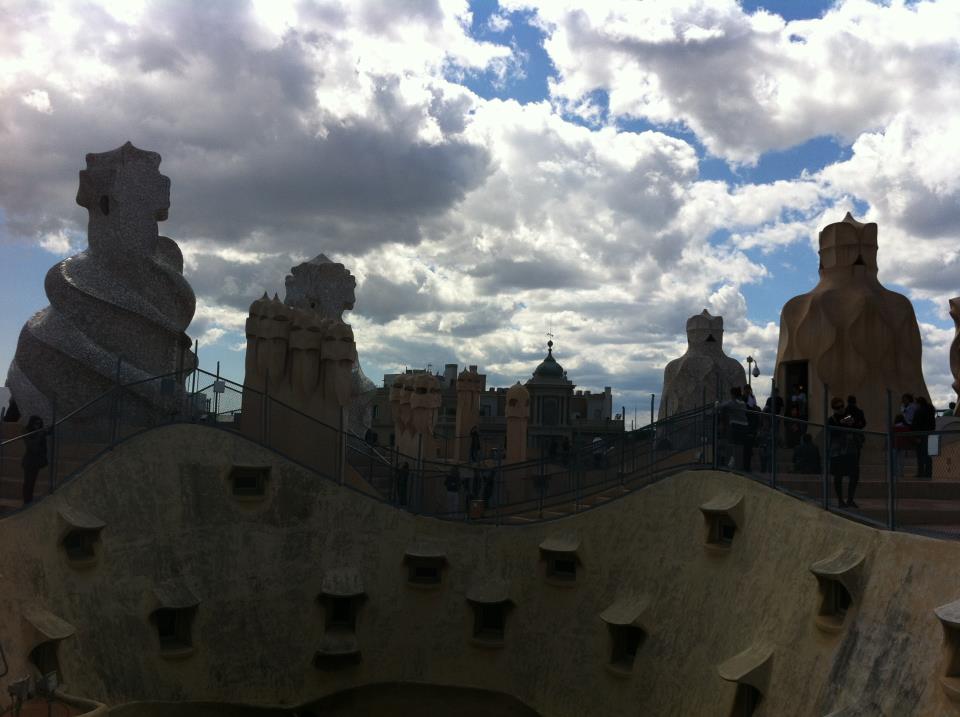 Eixample is now the district where we find the most beautiful architectural examples of Catalan Modernism. Including the famous villas of Gaudí and Domènech i Montaner in the chic (shopping) street, the Passeig de Gracia, and of course the Sagrada Familia as icing on the cake. In Eixample you can bathe in luxury in chic hotels, shop with a big wallet and find unique locations to enjoy culinary delights. Other parts of the district have less allure. Cerda’s idea of ​​housing for both the well-to-do bourgeoisie and the social class is still visible in the neighbourhood. Looking for Catalan contemporary art with a Modernist twist? Indulge yourself in Espais Volart.

Well, where not?! Along the street corners with busy roads you will find the more old-fashioned eateries of Barcelona with dishes without frills. Go to one Bar Gallega (Galician restaurants scattered all over the city) eat for a nice portion of prawns or bacalao croquettes in fluorescent mood lighting style on plastic sponsored stools for the authentic Spain feeling. Something more contemporary is of course also possible. Grupo Tragaluz has several delicious restaurants with various cuisines spread over Barcelona. Delicious sushi for example.

Groups of 15 persons and more